The Save Miami Ice campaign, a test of Gold Coast's heritage policies.

The Save Miami Ice campaign, undertaken by founder Tristan Schultz and local artist Rebecca Ross, was an experiment in defining a particular situated problem and placing the discussions of its future within a much larger domain of relational complexity. The object that mediates the larger conversation is an iconic structure in a prominent position up for sale on the Gold Coast Highway. The obvious narrative is saving the structure for its historical and cultural significance. The meta-narrative is bringing into existence a critical conversation about the nature of Gold Coast culture, characteristically a culture of rapid development and transience. Preserving the site is about setting precedence for acknowledging the past in the present for the future. It’s about confronting the unsustainable forces of perpetual growth and respecting memories retained in ‘place’ in order for community to articulate a sense of belonging.

The Save Miami Ice campaign began early 2013. Its success was not as much in saving the building (because, well, we didn’t) as it was in elevating and contributing to a conversation spawned by its actions, now taking place on the Gold Coast, such as in forums as the Fibro Coast, around preserving the past in the present for the sake of the future. 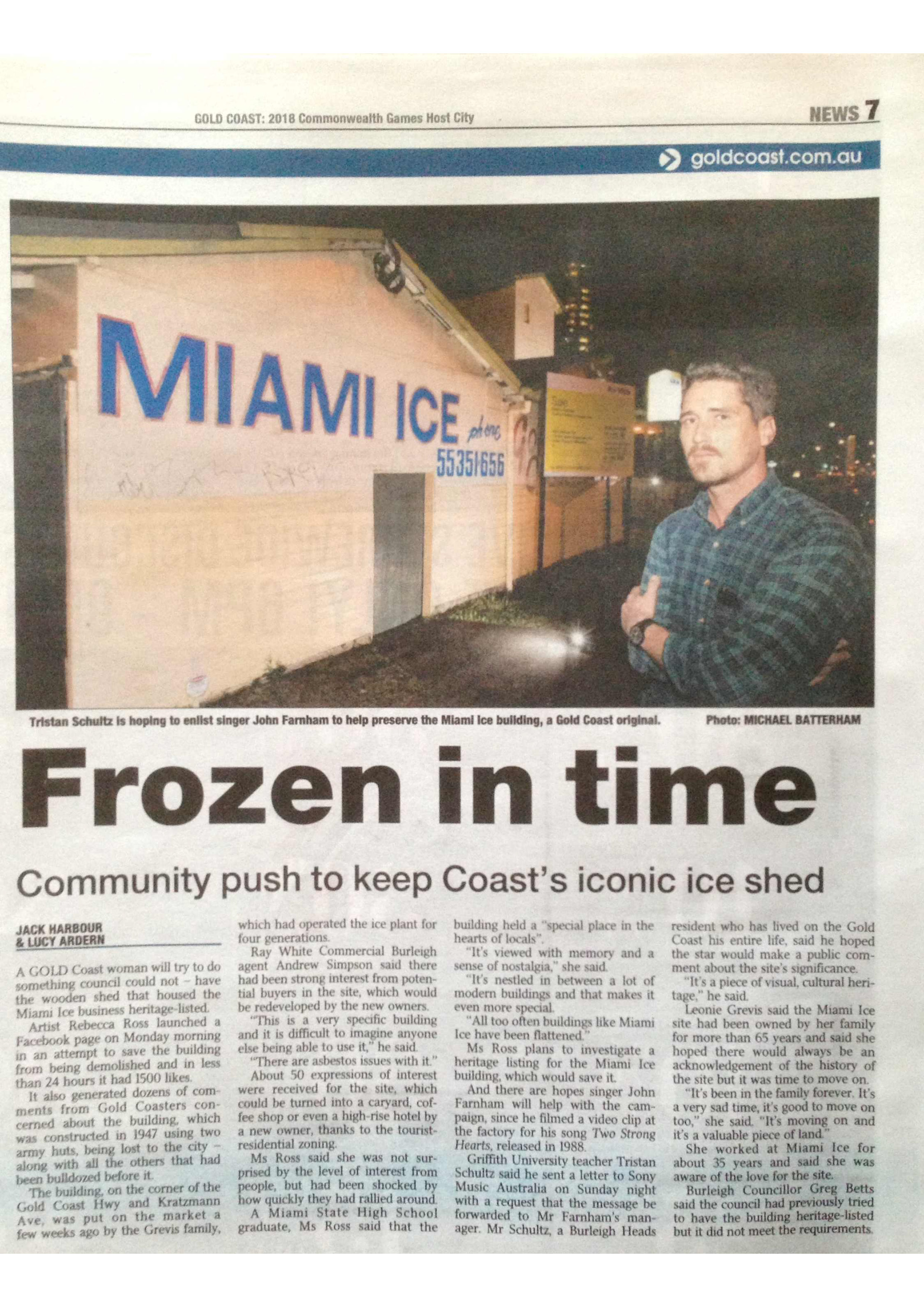 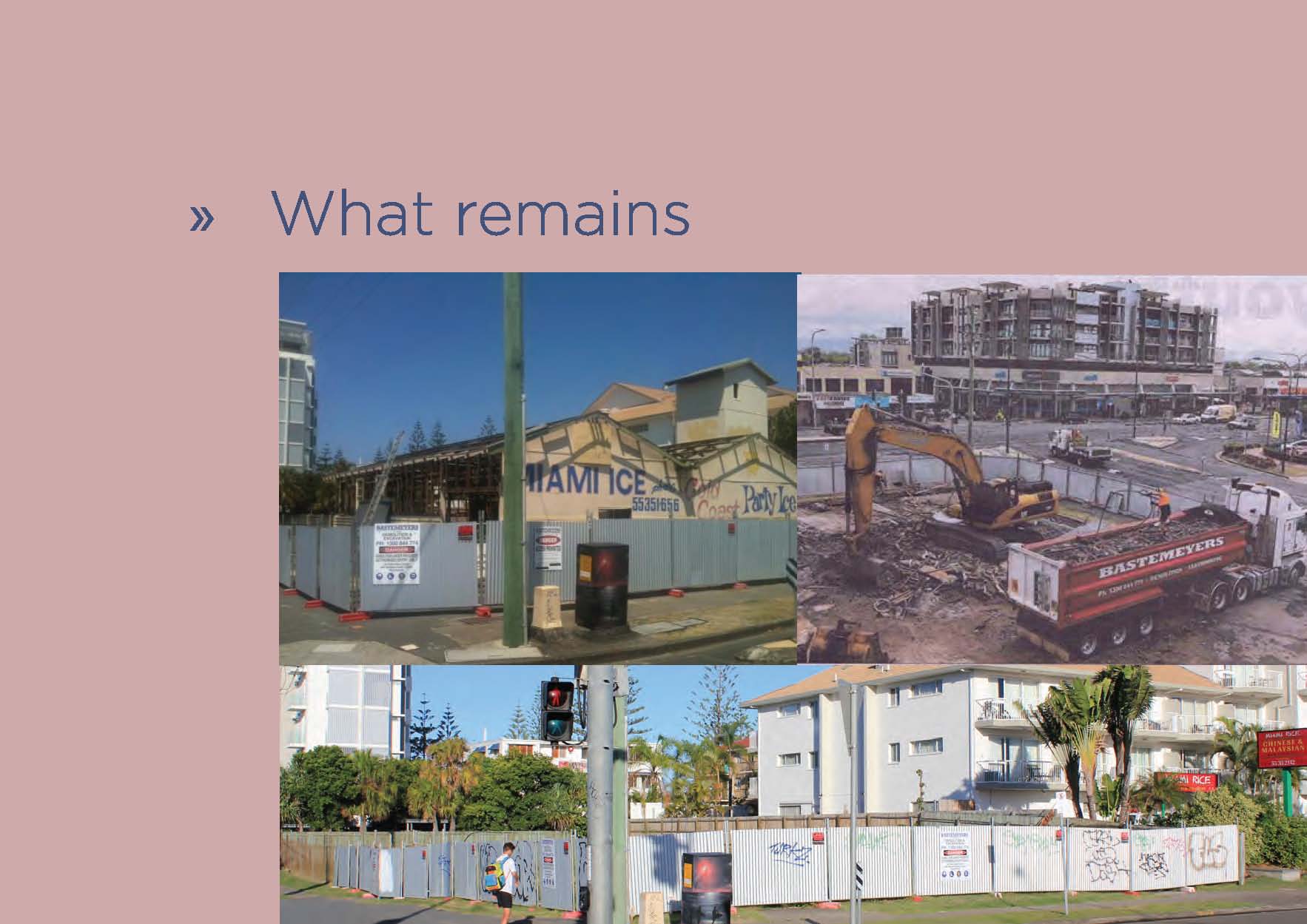 These are the four options for the space we saw potentially unfolding, in order of our desires. Unfortunately, not even the last option reflects what remains; a 10-storey high rise with no connection to Miami Ice and its history all but almost gone.