Designing culturally-led facilitated dialogues with the Government of Tonga as they plan their commitment to lower emissions. 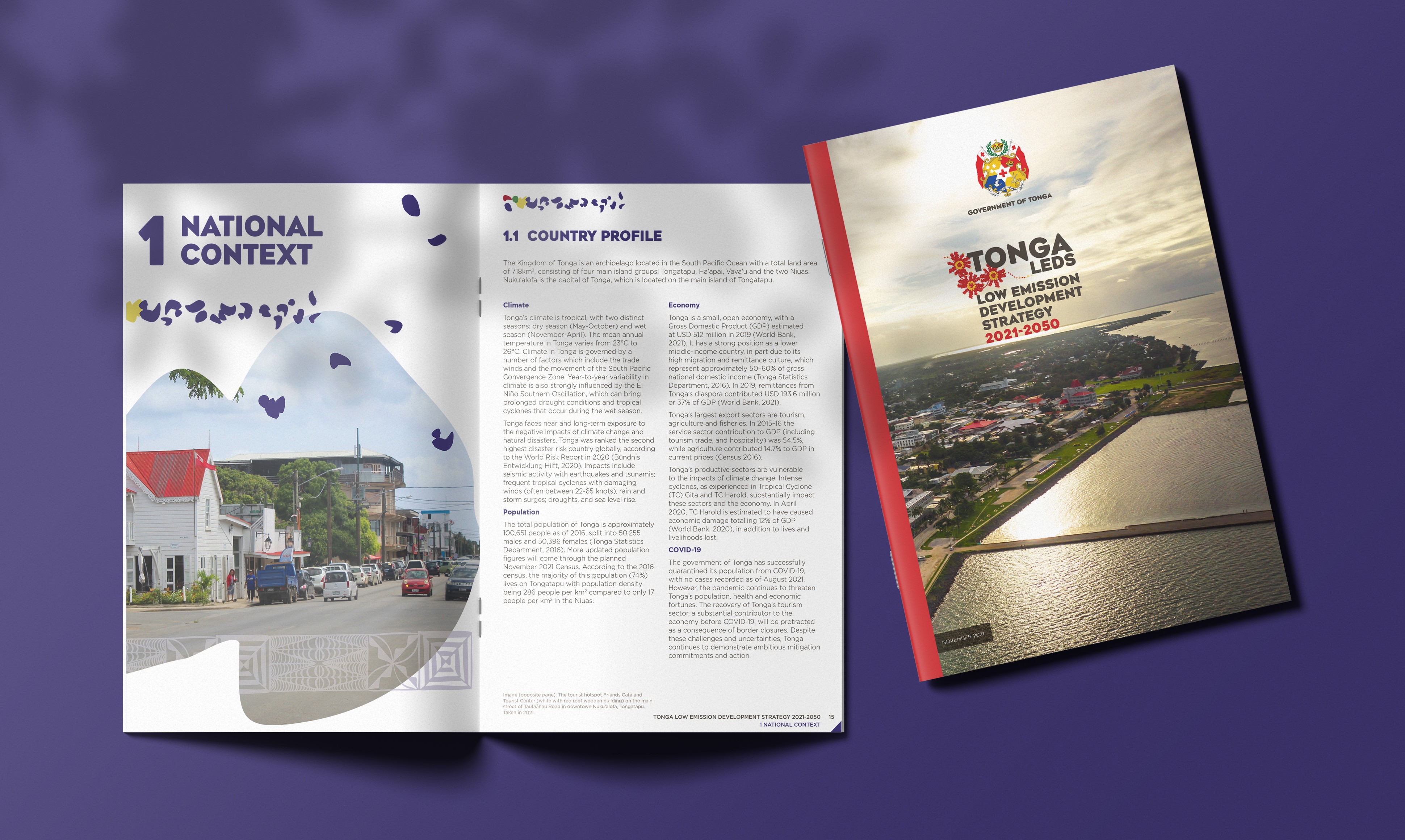 Relative Creative were brought on as lead collaborators in the international team with ClimateWorks Australia and Global Green Growth Institute in supporting Tonga in achieving their vision. The development of Tonga’s LEDS was funded by New Zealand’s Ministry of Foreign Affairs and Trade (MFAT).

The LT-LEDS articulates a long-term vision and direction for the future of Tonga in a low-carbon world, and in a changing climate, to the international community. As a low-lying Pacific Island nation, the strategy needed to consider not only mitigation, but resilience and adaptation to a changing climate. The project contributes to building Pacific regional and global momentum for the development of long- term strategies for decarbonisation. In this process we developed and documented a methodology that may be re-contextualised and adopted by other small islands developing states.

Relative Creative co-designed and ran three dialogue workshops over 2020-2021, supported by expert analysis and advice. For each workshop, we developed a participatory process designed to encourage divergent and convergent thinking around 1) visions, 2) pathways and 3) first steps.

Due to COVID-19, we worked remotely with on-the-ground facilitators and key Tongan stakeholders across five key sectors: waste, energy, transport, urban settlements, and agriculture, forestry and fisheries. This process was grounded in the principles and values of Tongans around autonomy, inclusivity, culture, environment and education.

To support understanding across the various workshops and respect the context in which we were working, Relative Creative designed culturally significant metaphors, language, and symbolism into the tools and methods. In workshop 1 participants created ‘Alamea maps’ together by threading together sectors, avenues and principles until a vision of Tonga in 2050 was formed. In workshop 2, we used the metaphor of making a Ngatu (traditional cloth presented at important events) by exploring ‘Kupesi intervention cards’ that depicted pathway options and placing them on ‘Feta’aki maps’. In workshop 3, we returned to the metaphor of the Alamea to weave previous workshop thinking together in a ‘garland’ on the wall to assess and decide on first steps.

All workshop outcomes were synthesised by Relative Creative and captured in reports sharing insights back to stakeholders and the project team. There reports were analysed by the Tongan Government and international team to draft the LT-LEDS. Building on the workshop’s key established metaphor of ‘threading the Alamea’, Relative Creative developed a sophisticated and meaningful identity for the final LT-LEDS report.

Tonga’s Low Emission Development Strategy is available to the public on the UNFCCC website in Tongan and English language. 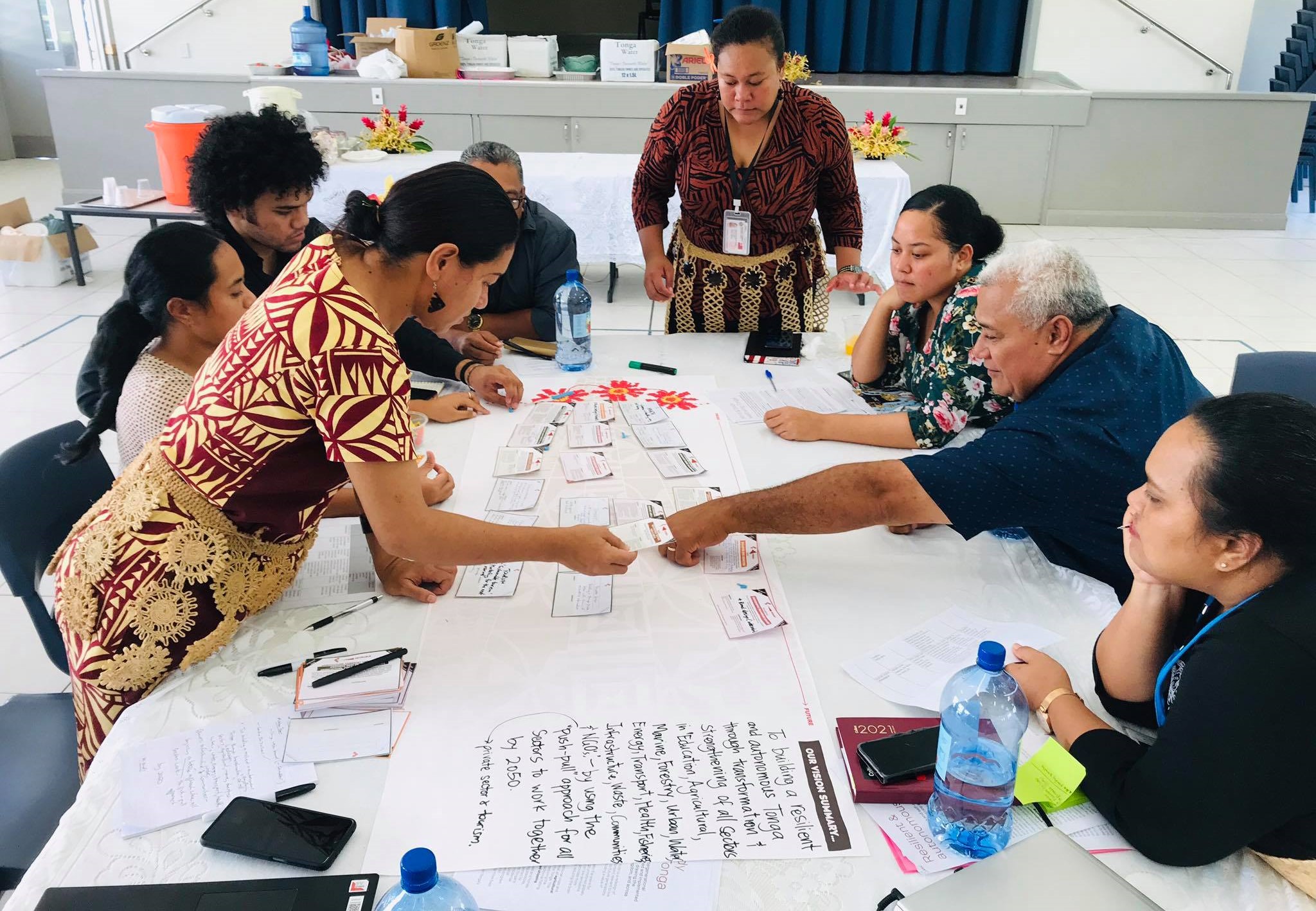 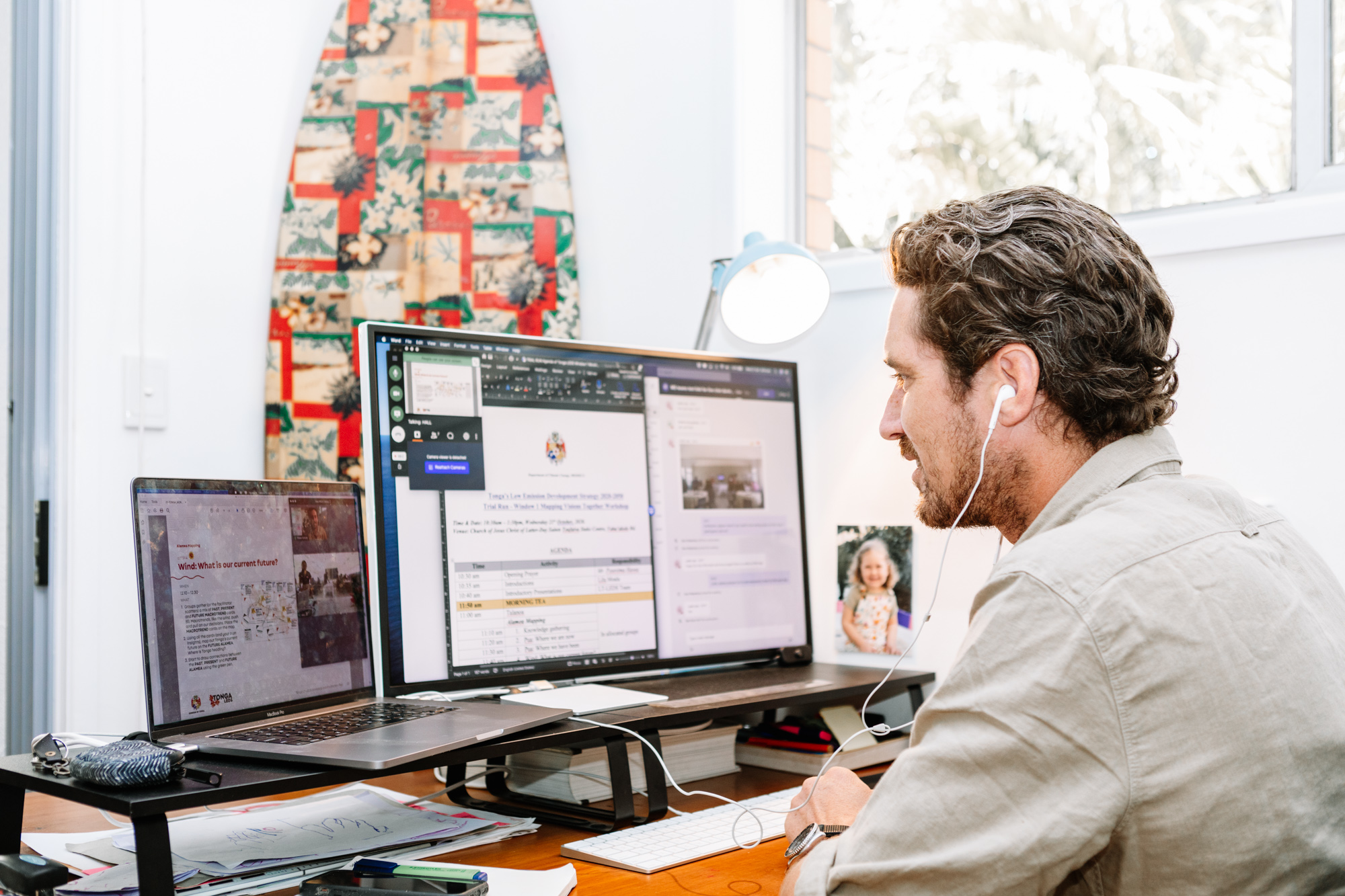 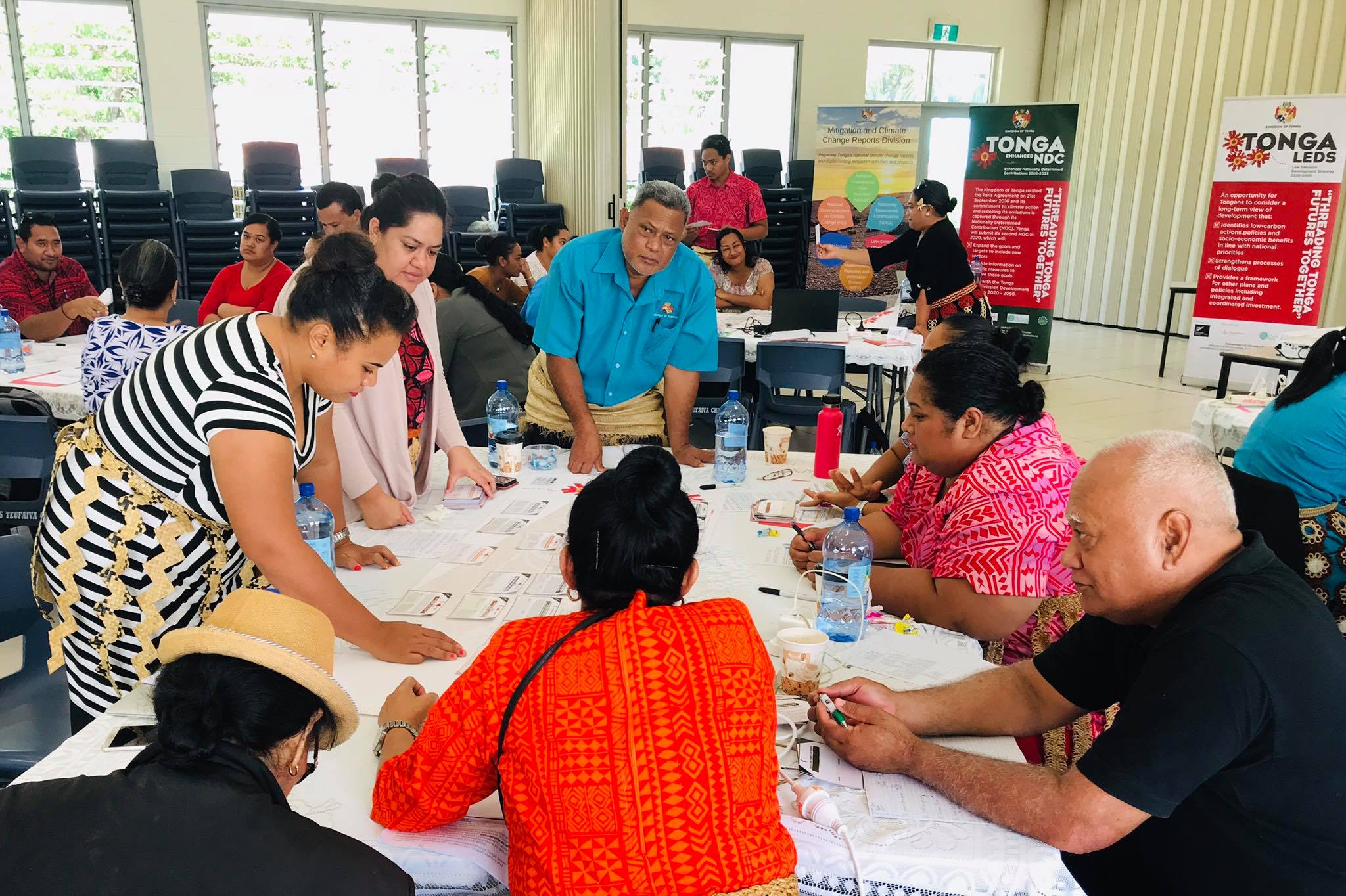 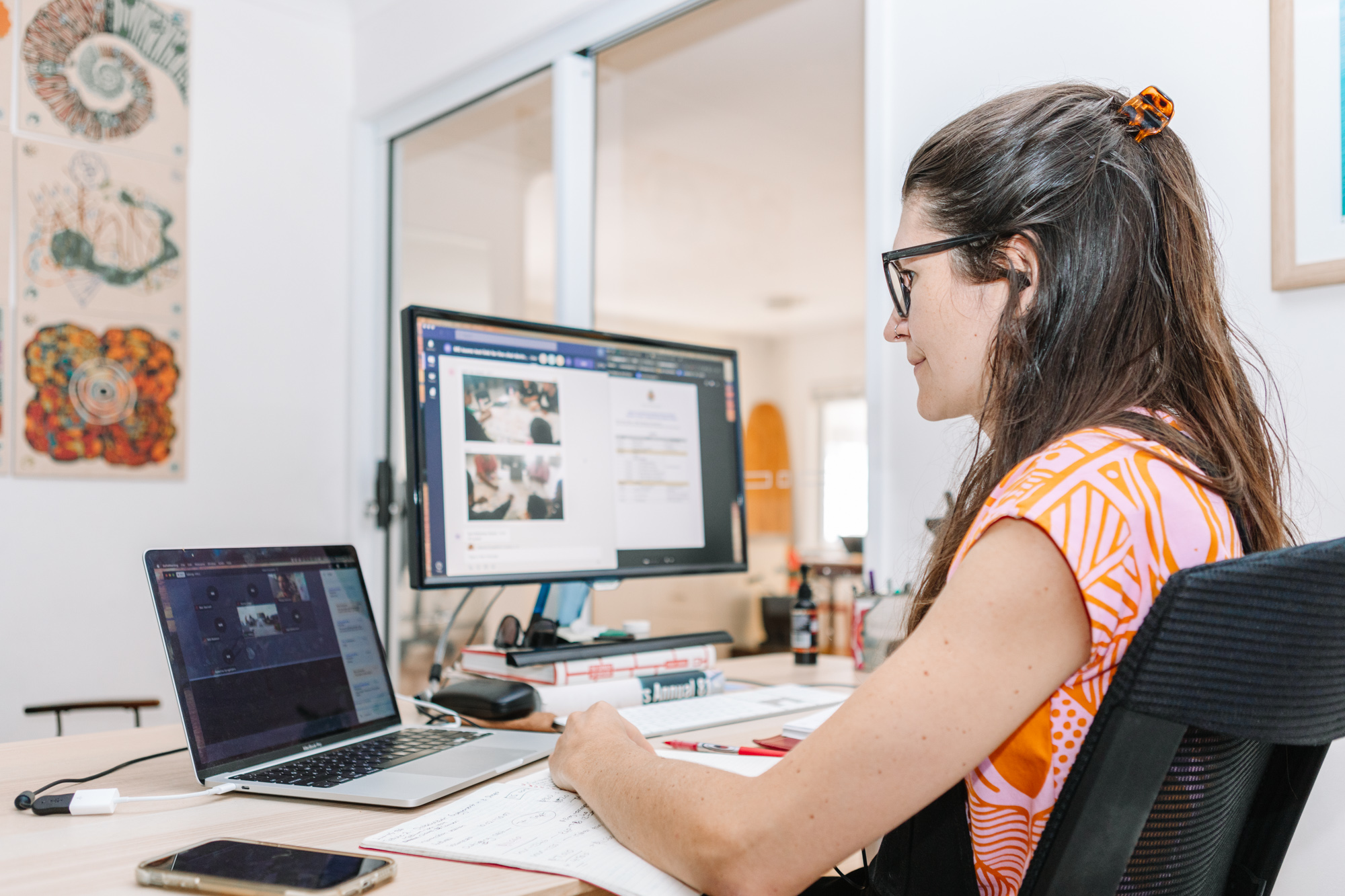 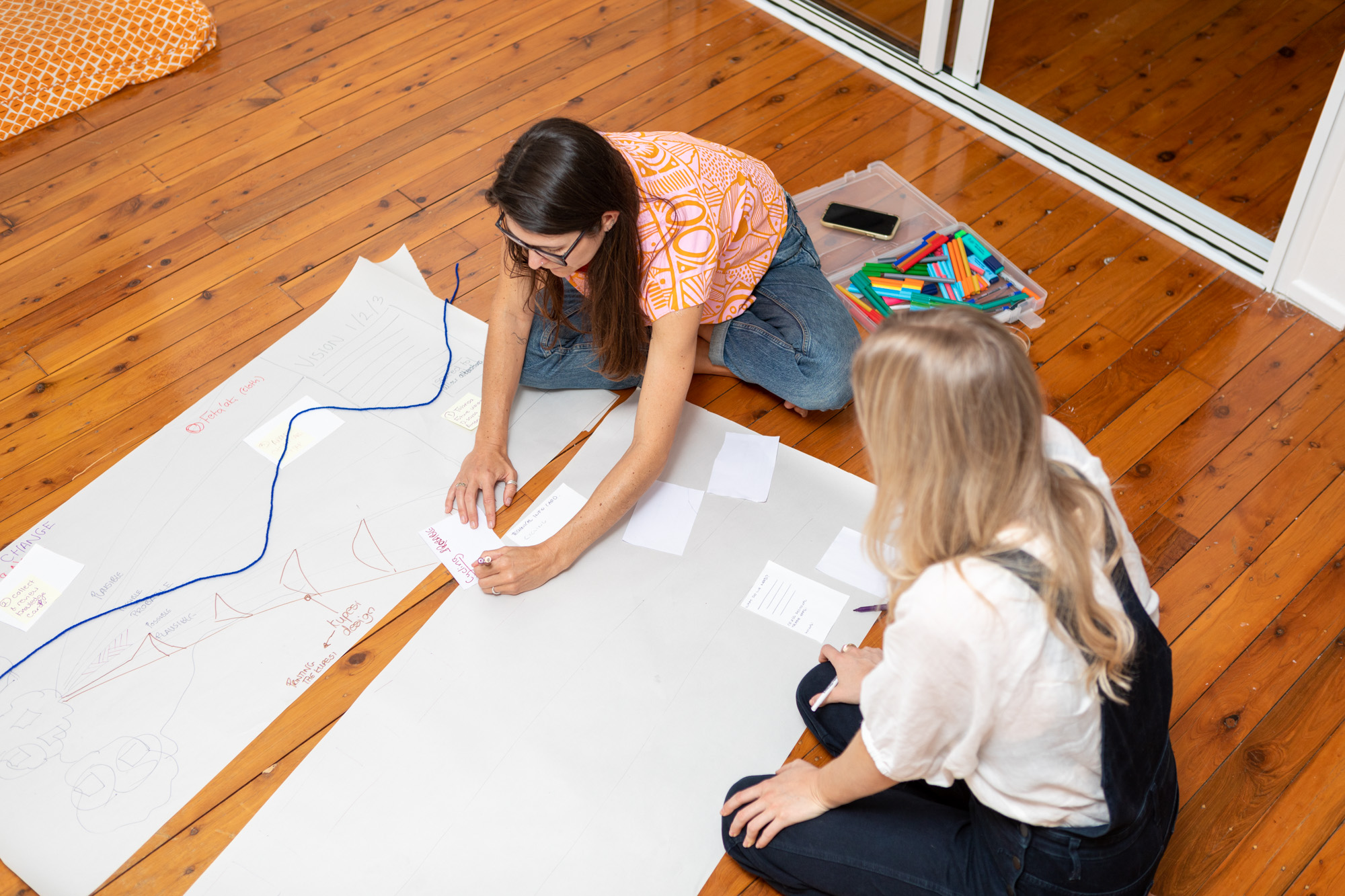 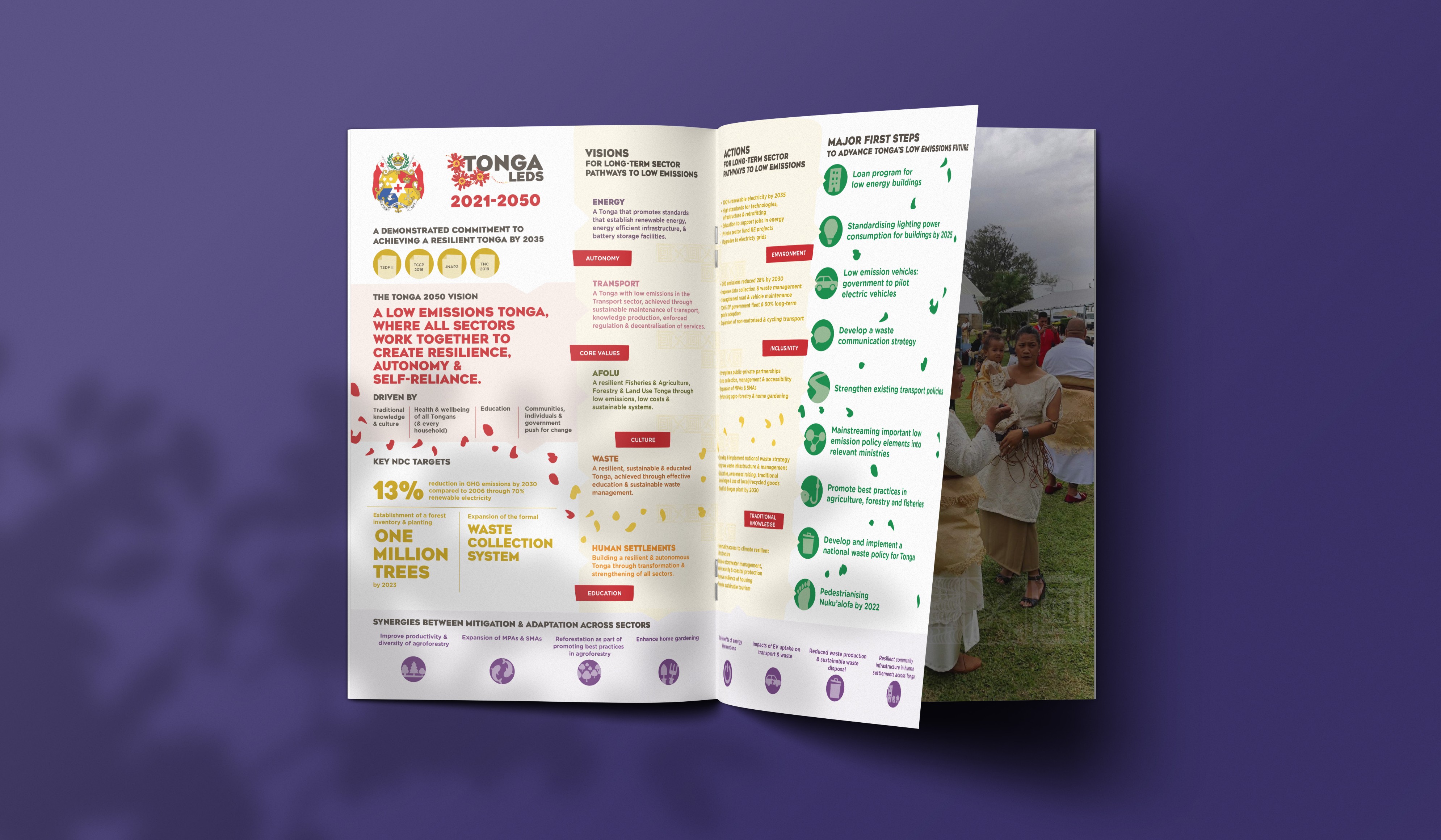